Mean to Me featuring Bella the Cavapoo

Rose Tait March 10, 2021. No Comments on Mean to Me featuring Bella the Cavapoo. Categories: Uncategorized.

Someone To Watch Over Me – Over 2.3 Million Views!

Six months before my husband died of lung cancer he shot this video of me performing at the Crazy Coqs Cabaret, the last performance of mine he attended. I put this video on facebook and to my amazement it has had over 2.3 million views.

Rose Tait October 31, 2019. No Comments on Someone To Watch Over Me – Over 2.3 Million Views!. Categories: Uncategorized.

Probably the longest running jazz jam in London and still the best! You can see how much we all enjoy ourselves. https://www.facebook.com/groups/TheJazzAtTheKingsHead/

Rose Tait October 25, 2017. No Comments on Fun On A Sunday – At The Jazz At The King’s Head Crouch End N8. Categories: Uncategorized.

Remembering Coleridge Goode – One of the Greats of British Jazz

The double bassist Coleridge Goode, who has died aged 100, distinguished himself on the British jazz scene for more than 60 years, playing with some of the most innovative musicians of the postwar period.

Thanks to his finesse and sophistication, not to mention his technical gifts and singing ability, Goode was often in demand for recording sessions and live performances across Europe. He played on the original recording of Django Reinhardt’s jazz standard, Belleville, for the Decca label in 1946, on a date that also featured Stephane Grappelli on violin. He recorded with the pianist George Shearing and the drummer Ray Ellington as part of the Stephane Grappelli Quintet, and with the Tito Burns Sextet. He also featured in the band of the Jamaican alto saxophonist Joe Harriott, an experience he described as among the “greatest musical adventures of my life”.….Read More

Rose Tait November 20, 2015. No Comments on Remembering Coleridge Goode – One of the Greats of British Jazz. Categories: Uncategorized.

Crouch End Jazz Returns to Downstairs at The King’s Head 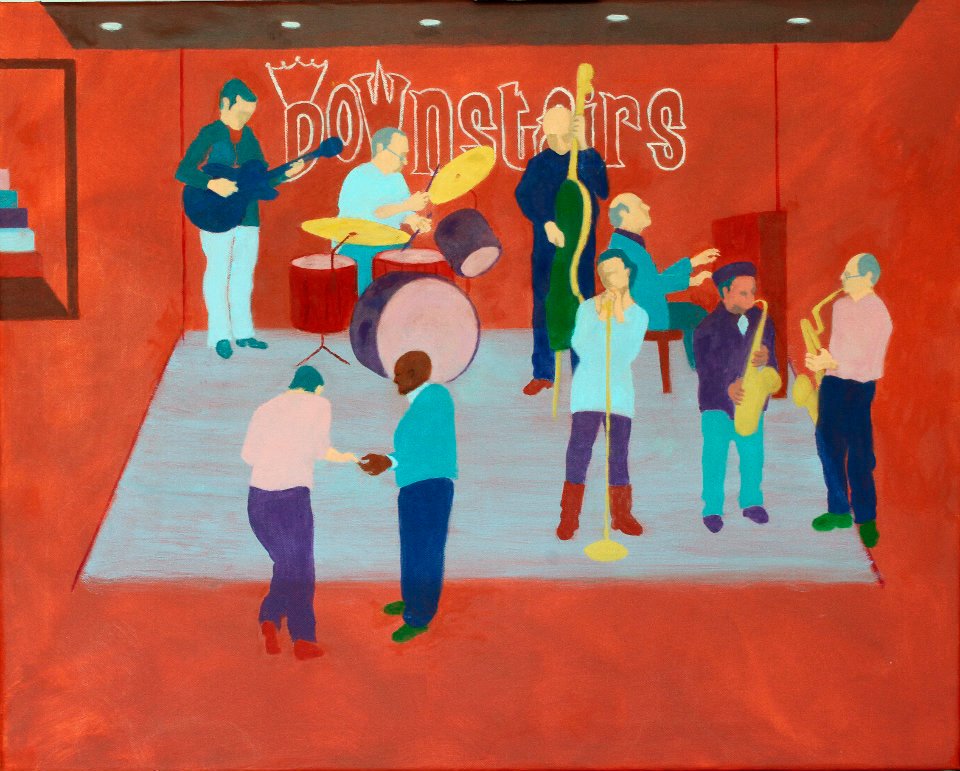 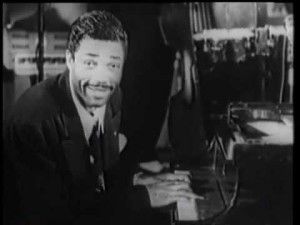 You Couldn’t Make It Up!

Slim Gaillard, brilliant jazz guitarist, pianist and composer, could not have had a more bizarre and improbable start in life.

Slim’s childhood in Cuba was spent cutting sugar-cane and picking bananas, as well as occasionally going to sea with his father.

Aged 12, he accompanied his father on a world voyage, and was accidentally left behind on the island of Crete. After working on the island for a while, he made his home in Detroit. In America, Gaillard worked in an abattoir, trained as a mortician and also had been employed at Ford’s Motor Works.

Check out his chequered history on https://en.wikipedia.org/wiki/Slim_Gaillard

How Rude – Singing at a Jazz Jam Session

Me: “I’m told I need to rudely importune you if I want to sing”

He: “Ooooh! I love being rudely importuned! I see you’ve come as Cleopatra”

Me: “Looked like a classy gig. If in doubt, overdress, I thought”

This is how Jazz Jam Sessions work:  you just turn up, talk to the guy, and they put you on with any luck. You’ll need your own sheet music, at least 3 copies, unless it’s a well-known jazz standard, in which case a chord chart will do.

Rose Tait June 26, 2015. No Comments on How Rude – Singing at a Jazz Jam Session. Categories: Uncategorized.

London is full of amazing musicians coming together in an informal setting at one the many Jazz Jams this city has to offer. You can often hear some world-class musicians for free.

So if you fancy strutting your stuff on a stage where all are welcome, or even if you just want to sit in a comfy chair with a refreshing beverage and watch the action. Visit the London Jazz Jams Facebook page to find a Jam near you. 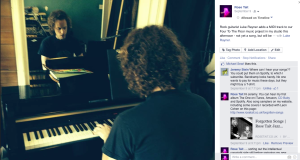